CBA has been introduced in 2012 as a hackathon project. Since 2015 it didn't have any major updates, mostly because of the complicated monolith architecture and the only maintainer being busy developing (Adblock Plus). Now things are going to change, as the whole project has been rewritten in 2020 and more people have got involved in the project development. We today are starting the Beta testing phase of the CBA complete rewrite. CBA will become a community driven project that will help it’s users become more productive and work smart. In order to move the project forward we need your input and wish to see you as one of the driving force of the new CBA.

In order to help us with Beta testing phase, planing and development please consider helping us with the following:

As the first step we would love you to try out the Beta version of the product and tell about any unexpected behavior in comparison to the current production version before the new open source version of CBA goes live.

Fill in the feeback form

Please fill in the user survey so we know our users better and how CBA is used in the companies you work. That information will help us target future changes of the product better, make it more useful and help us become closer to our users. 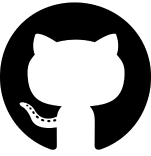 CBA has been open sourced and we are happy to invite our users to contribute and stay in touch with us. Please refer to our Github repository for code contribution and bugs creation for CBA Version 9.0(Beta) and above.